In the graveyard of Ayios Vasileios these two people were found. They lie there in an eternal embrace. 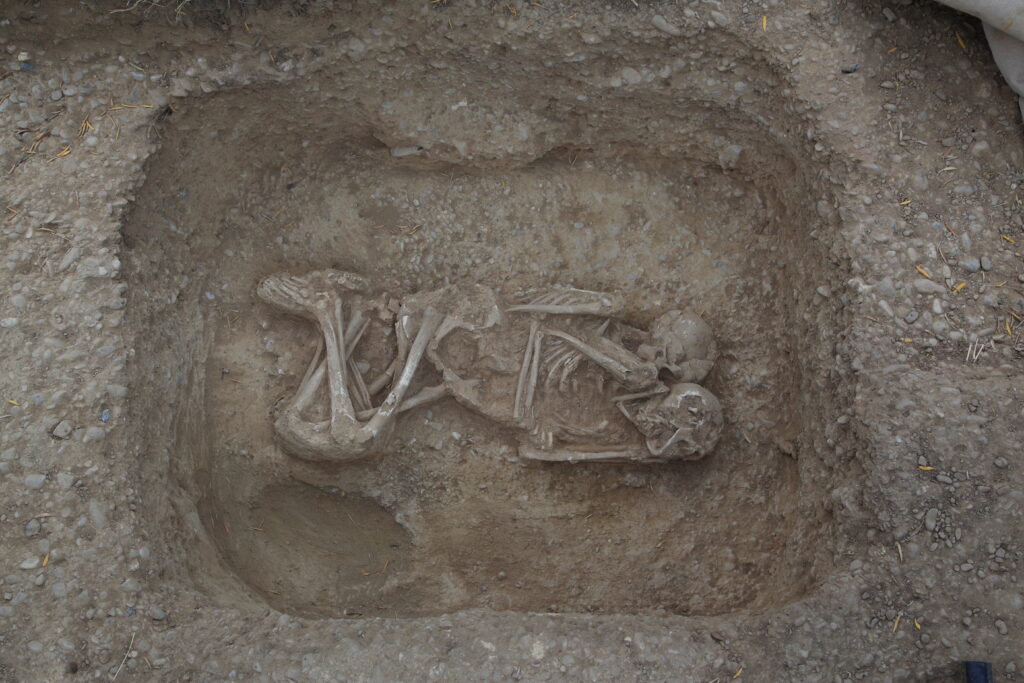 Here you can see a buried man and a woman in a warm embrace. Who were these people? How did they die? That is the research of an international team of archaeologists. The couple was found in a small grave field at the Ayios Vasilios excavation site, near Sparta. The famous characters of the Iliad of Homer originate from this region: the wonderful Helen, Menelaus, king of Sparta and the Trojan prince Paris. By means of carbon dating, archaeologists discovered that the couple was buried around 1550 BC. There are some intriguing details. The hugging couple is buried in a kind of well, while others are laying stretched out in a stone grave. This difference might be due to the fact the man and woman are quite old, between 32 and 42 years old, and may have been buried in a traditional way. It is a guess as to their cause of death. No indications of illness or accident have yet been found. The archaeologists have discovered that the woman ate a lot of meat and dairy products, which often indicates a higher social status. Little by little, the archaeologists learn more about this mysterious couple, which has been together for 3,750 years.